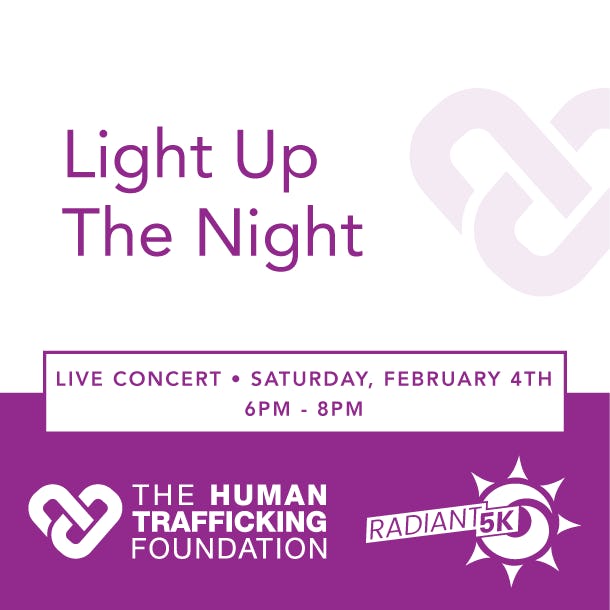 This annual event brings awareness to the problem, raises funds for agencies that fight human trafficking, and supports survivors.

Human trafficking is a form of modern day slavery that involves the exploitation of vulnerable persons. Human trafficking is the second largest criminal enterprise in the world, just behind the illegal drug trade, netting billions of dollars worldwide annually.

There are over 20 million persons held in slavery in the world today, more than any other time in history. It is estimated between 500,000 and 2 million are trafficked annually worldwide with an estimated 15,000 to 18,000 being trafficked into the United States every year.

We cannot afford to remain silent. We are hopeful for a united community motivated to "END" this crime now! Be assured that as a partner you are the voice for the voiceless and an advocate for the hopeless. As an advocate, your name will be recognized as one who refused to be silent. Ending human trafficking is paramount for the success and well-being of the victims, as well as our society. To learn more about how you can help or to become a sponsor, please visit www.HTFoundation.us.